Call for applications for the program “Fabrika Studios. Session IX"

The Center for Creative Industries "Fabrika" opens the call for applications for the ninth session of the "Factory Workshops" program. Artists and artists who wish to participate in the competition can send an application to receive a workshop and / or show their project in the factory spaces until January 15, 2023.

This year, the new season of the "Fabrika Studios", a support program for mid-carreer artists, opens to artists aged 30 to 55. In a situation of general instability, we invite authors who continue to work in Moscow and the Moscow region to join the creative and safe professional community that Fabrika has been creating in recent years. Nominations opened in 2023 for participation are “Studio at Fabrika” and “Special Grant from Piranesi LAB”.

We invite artists working with any media, sculptors, writers and researchers with at least 5 years of experience, creating both interdisciplinary projects and works made in the same genre, to apply for a free studio for up to 6 months.

Studios at Fabrika are designed for professional artists and artists working in various techniques. In 2022 — 2023 Fabrika is considering the applications from the artists of 30 — 55 years old (mid-career artists). This year the studios will be offered to three or four artists.

Preference is given to personal projects. Curator group projects are not considered.

Mandatory are the final implementation, the premiere of the project submitted for participation in the competition, as well as the presence of the author on the site during the installation and opening of the exhibition.

As part of the preparation of the project, curatorial support is possible.

The artist is obliged to provide the organizers with the formed project budget (no more than 30,000 rubles for implementation).

CCI Fabrika DOES NOT provide accommodation for program participants.

WHAT SHOULD BE IN THE APPLICATION:

The application must include a CV, portfolio (with links to completed or shown works, photo and video materials), a motivation letter, a description or project plan (up to 1000 characters) for which a studio is requested. All of the above information is required to accept the application for consideration.

Applications are accepted at air@fabrikacci.com until January 15, 2023.

Applications that do not include all items will not be considered.

It involves the provision of a studio and a final exhibition in the Olivie, Tsekh Otdelki or Arthaus venues. A curatorial support of the project is possible. At the request of the artist and with the agreement from Fabrika, the venue for the exhibition can be changed.

The space of a small residence

Provides the opportunity for two artists to create works using the printing facilities of the PIRANESI LAB workshop. In the ninth session, the organizers are waiting for applications from authors working and wishing to implement a project in silk-screen printing, gravure or letterpress printing techniques, as well as alternative photoprocesses. The main condition for the selection of an application is the originality of the author's idea and the full use of technology capabilities (not reproductions of old works).

EXPERTS OF THE PROGRAM

Applications should be sent at air@fabrikacci.com

In the subject of the letter, please indicate "FABRIKA STUDIOS" with an indication of the nomination of interest, a confirmation will be sent within 24 hours.

CCI "Fabrika" concludes an agreement with the winners, which specifies the terms of the project, the area transferred for use for this period and other essential conditions. In addition to the contract, no later than 1.5 months before the final exhibition or show, an additional agreement is signed, which specifies the financial and technical support of the project. Fabrika has the right to terminate the contract if the resident of the workshop does not fulfill the conditions stipulated by the contract. Accommodation in Moscow is NOT provided.

On the territory of the CCI FABRIKA, any actions, actions and objects related to nationalism, intolerance, animal abuse, sexism and infringement of human rights are prohibited. 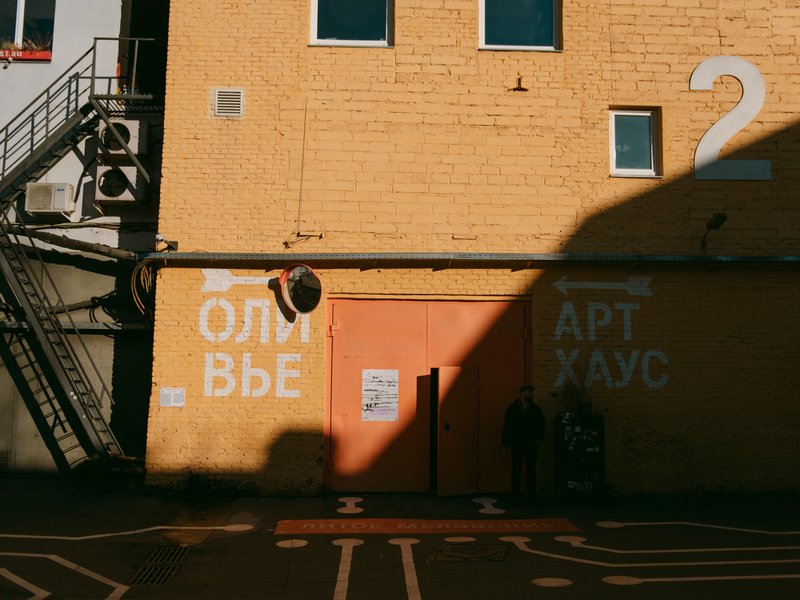